When Is Blueberry Season – Farming, Harvesting, and Eating Blueberries

One of the many things we love about blueberries is that they are available year-round. However, there is nothing quite like having ripe, juicy blueberries that were just picked. But when is blueberry season? Read on to find out.

Contents hide
1 What Do Blueberry Flowers Look Like?
2 When Is Blueberry Season?
3 What Is Blueberry Farm Etiquette?
4 When Are Blueberries Harvested in Each State?

Blueberry picking is a popular summer activity, and for good reason. Fresh blueberries are delicious, and they can be used in a variety of recipes, from pies and jams to cobblers and muffins. But before you can enjoy a bountiful harvest of blueberries and learn the answer to “when is blueberry season”, you need to know what to look for when picking them. One important thing to check is the color of the flowers. Blueberry flowers are typically white or pale pink, and they should be fully open.

Avoid picking berries that are still attached to closed buds, as these will not be as ripe. Once you’ve checked the flowers, take a closer look at the berries themselves. You want to pick berries that are plump and firm, with a deep blue color. Avoid any berries that are shriveled, soft, or have bruises or blemishes. With these tips in mind, you’re sure to find the perfect blueberries for your next baking project.

When Is Blueberry Season?

Blueberries are usually ready to harvest in late June or early July, depending on the variety. However, some blueberries may be available earlier or later in the season, depending on the climate and location. For example, in warmer regions, blueberries may be ready to pick as early as May, while in cooler areas, the blueberry season may not start until August. If you’re interested in picking your own blueberries, it’s best to call ahead to a local fruit farm to find out when their blueberries will be ripe for picking.

READ ABOUT:  When to Harvest Potatoes – How to Know When Potatoes Are Ready?

You can also find out when blueberry season is by asking at your local farmers market or grocery store. Most stores sell blueberries that were grown locally, so they will know when the blueberries in your area are ripe and ready to eat. Blueberries can also be frozen for later use. If you buy organic blueberries, you can be sure that they were grown without the use of synthetic pesticides or fertilizers.

What Is Blueberry Farm Etiquette?

Now that you know how to answer “when is blueberry season?”, and you know what to look for when picking blueberries, it’s time to head out to the farm. But before you go, there are a few things you should know about blueberry farm etiquette. First, be sure to call ahead or check the farm’s website before you visit. This will help the farmers know how many people to expect, and it will also allow them to give you any important information about their picking conditions.

When you arrive at the farm, be sure to follow any signs or directions from the farmers. They know their property and crops better than anyone, so they will be able to tell you the best places to pick. Additionally, be sure to only pick the berries that are ripe and ready to be picked. Picking unripe berries can damage the plant and reduce the yield for other pickers. Finally, be sure to clean up any mess you make while picking, and be respectful of the property.

When Are Blueberries Harvested in Each State?

READ ABOUT:  Harvesting Cauliflowers: Everything You Need to Know

Of course, the exact date of harvest will vary depending on the specific blueberry farm and the weather conditions in a given year. However, in general, blueberries in season are sweet and make a delicious addition to any table. 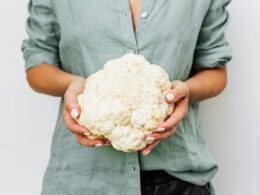 Harvesting Cauliflowers: Everything You Need to Know 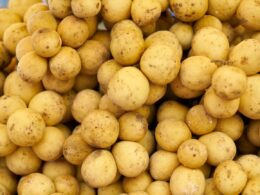 When to Harvest Potatoes – How to Know When Potatoes Are Ready? 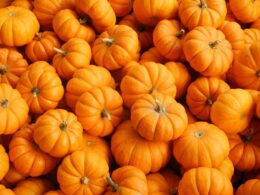 When to Harvest Pumpkins – Best Time to Pick Pumpkins 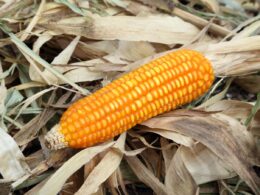